It takes hours to execute terraform and ansible jobs. What if I want ansible jobs to start immediately after my infrastructure gets provisioned through Terraform jobs? How would one hand over the monitoring of running jobs to other human resources?  How would one get notified if a job fails?  IT-Conductor Git/Terraform/Ansible integration to promote Application  Infrastructure as Code is now GA per our Q1-2020 Features Announcement.

A normal workflow for a firm that uses terraform/ansible would include the following manual activities:

IT-Conductor has taken these pain points into consideration and can configure multiple on-premise gateways that enable us to interact with the local environment. So we don’t need a jump box with pre-configured terraform/ansible. They are configured with portable versions on the fly through a gateway before running jobs. If the machine with one gateway was to fail, we can always transfer the jobs to another gateway.

We’ve also included the concept of process definition where multiple activities can be woven together so that they get processed serially. Activities can be anything like SQL script, shell script, Terraform script, or Ansible script.

Each activity has a self-refreshing web-based log. The Ansible job collects each playbook task containing its own log, with the help of remote backend features. It’s just a matter of sharing the URL of a running job if one wants to hand over the monitoring to another resource. And that’s not required because we encourage automation to manual monitoring, letting IT-Conductor notify you through mail/sms if the job fails/completes.

Using IT-Conductor as an Automation Engine

In this section we discuss how we can get the scripts from the git repository, make terraform/ansible jobs out of the scripts, weave them together through process definition and finally automate it for provisioning/installation of SAP/HANA. 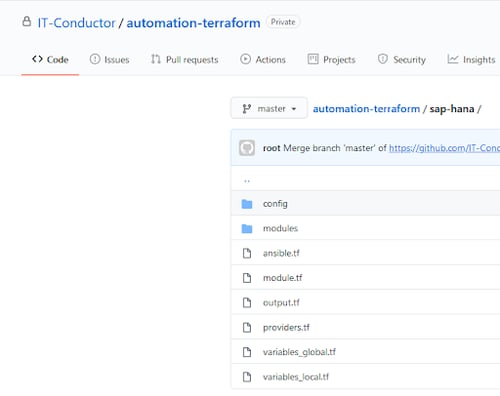 IT-Conductor collects the GitHub files and maps them as file objects. 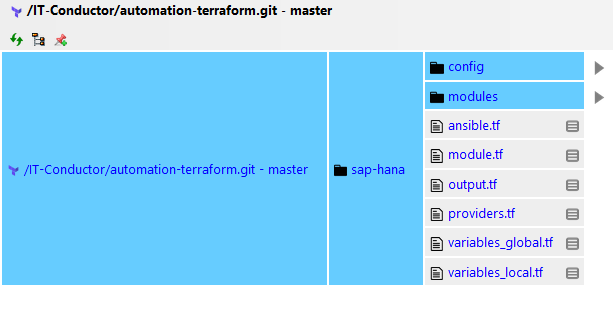 For making a terraform job, we need the git repo project as shown in the previous section, Terraform backend object to capture Terraform state file information, the provider containing azure subscription/tenant information, and variables input to the terraform script. 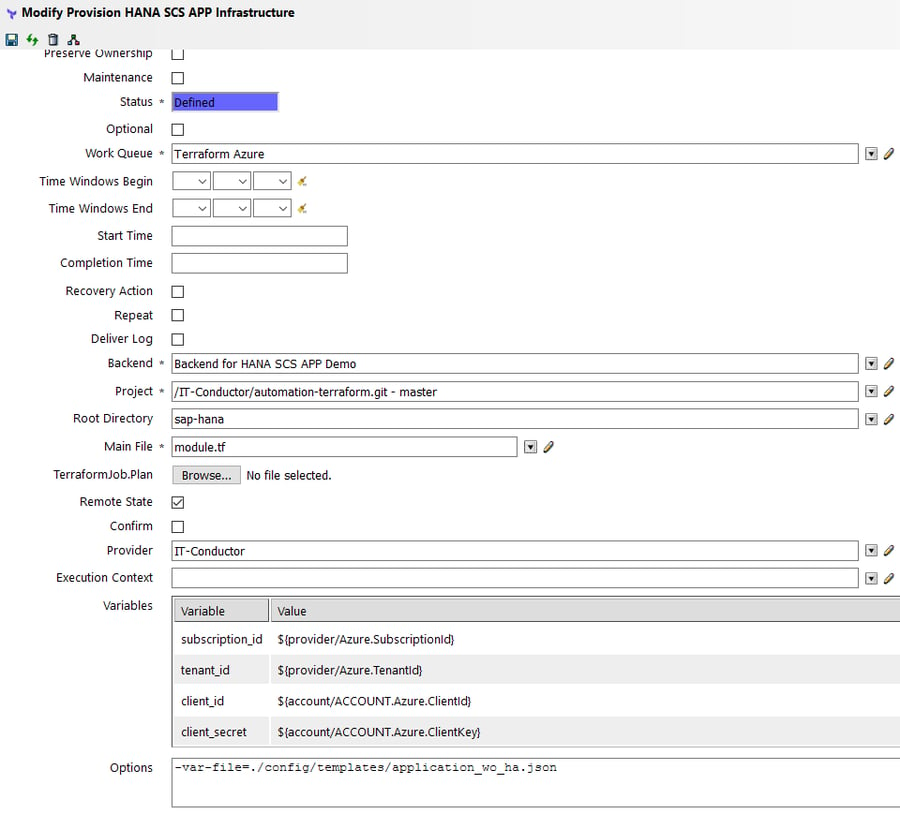 Similar to Terraform Jobs, ansible jobs also need a git repo project along with an execution config object containing variable data for the installation process and inventory object or location of the inventory file. 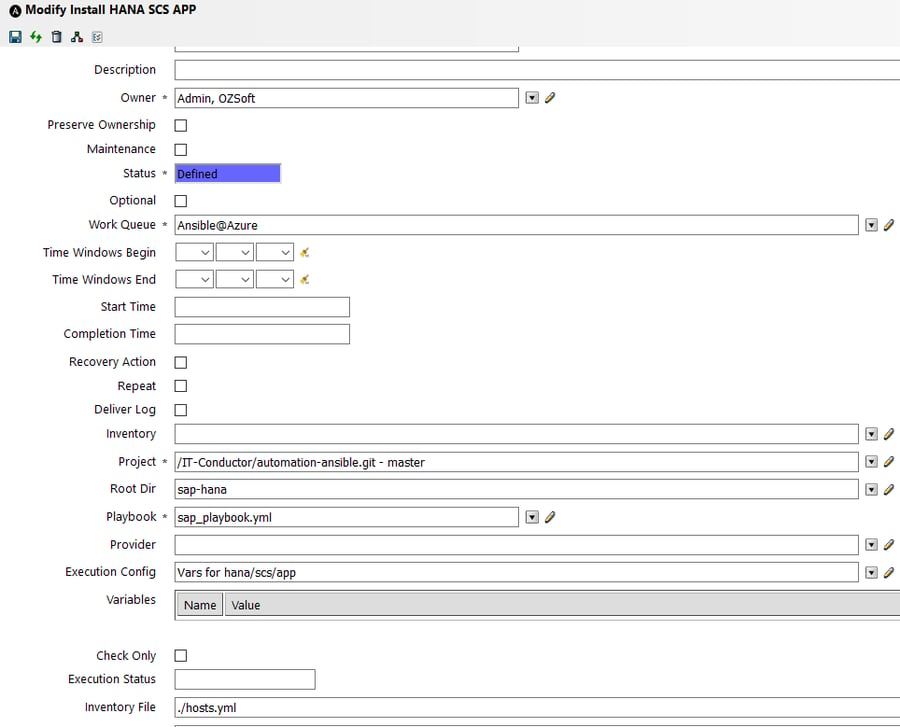 Weaving Terraform and Ansible Jobs together through Process Definition

IT-Conductor has the framework for automating different activities by weaving them together so that they can run serially. Process Definition is a template for processes that can be scheduled to run at the desired time. 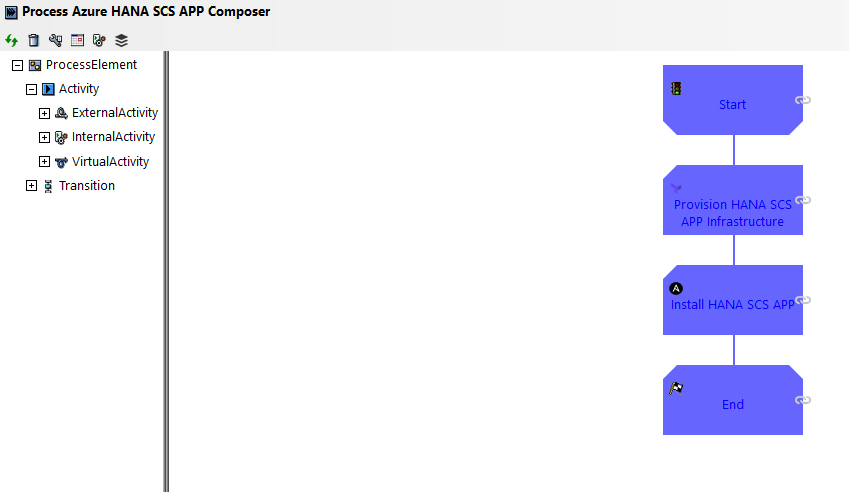 The terraform/ansible job can be fed input files and can generate output files. In the above flow, when the terraform job completes it generates output files as inventory, which are needed as an input file to the subsequent ansible job. The Process Definition supports this through the implementation of the ‘Data Files’ feature.

In Process Definition, one can add multiple data files that can be read/written by its activities. 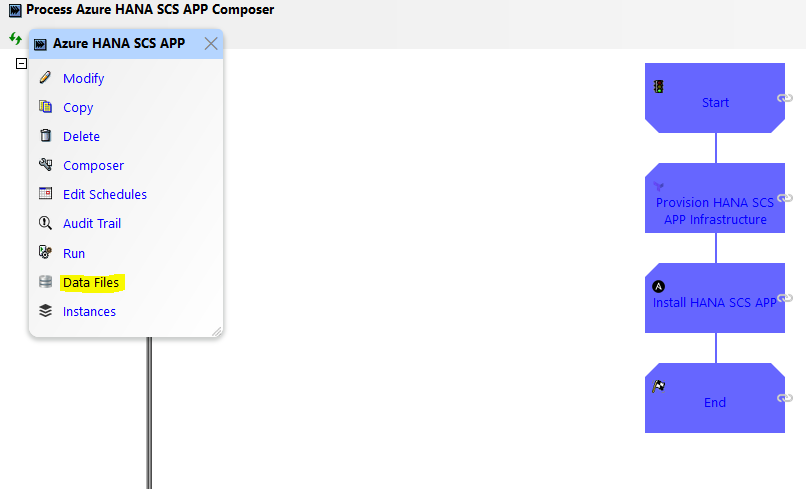 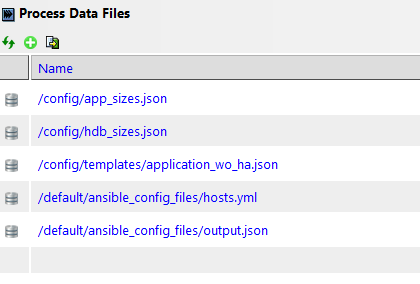 In each activity, these data files are available for selection as input or output data files. 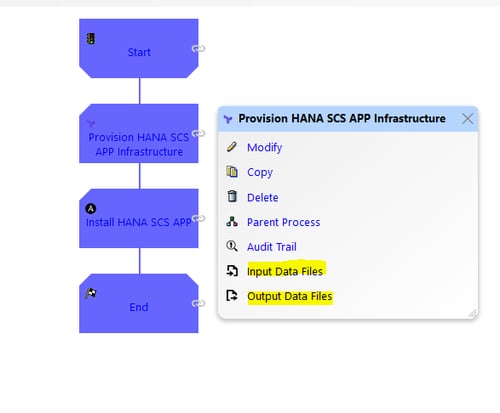 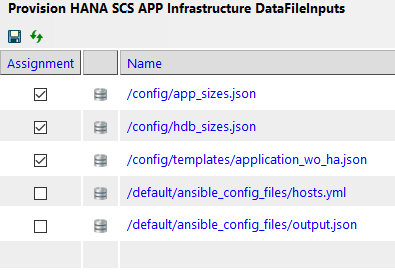 Running the Jobs in Process

Along with scheduling the Process Definition, one can manually run it anytime by clicking Run/Instantiate.

One can simply name the process and then run it.

Then click the object link when the pop-up window appears.

From there one can go to the Process Flowchart: 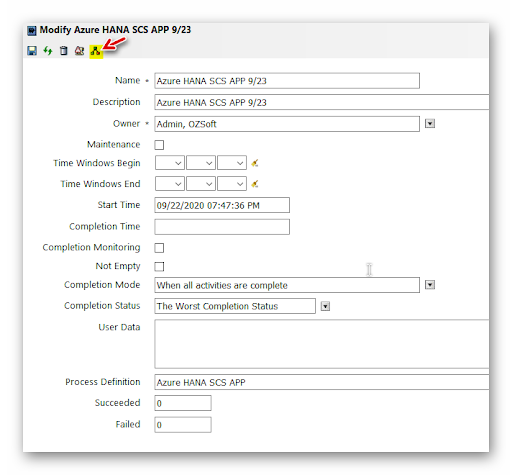 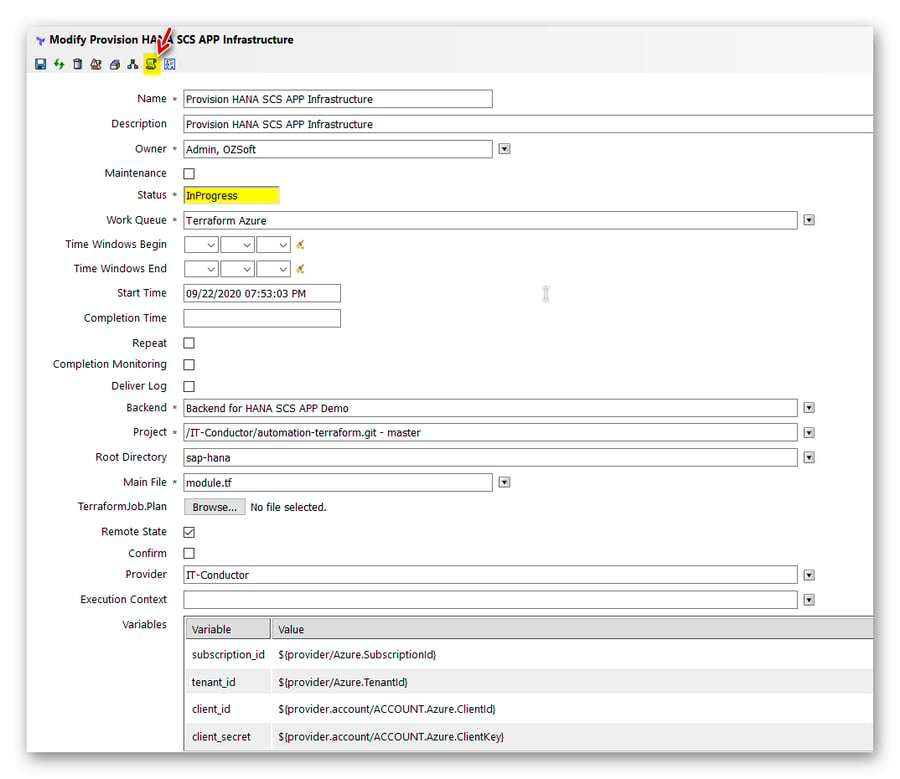 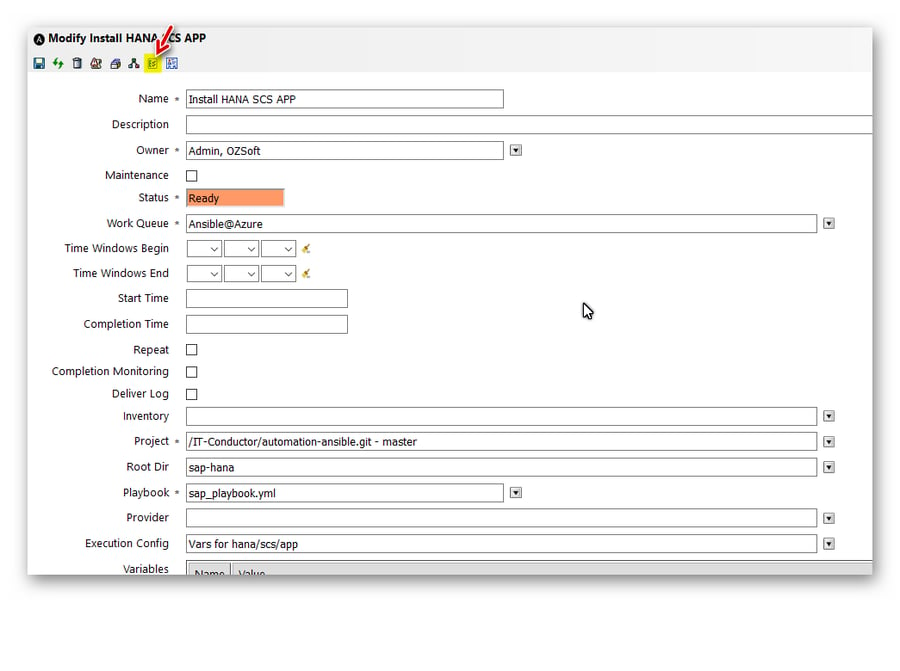 Figure 13b: Ansible Tasks as Viewed from IT-Conductor

Overall, there are several advantages to using IT-Conductor as an automation server:

Automated Snoozing of SAP Systems - Why Should You Care?